Difference between revisions of "Jeremy Spencer" 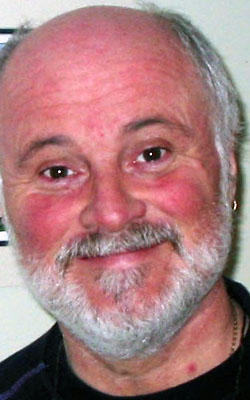 Jeremy Spencer (British; aliases used include Jonadab and Jonathan, though he now goes by Jeremy again) was born in West Hartlepool, England on July 4, 1948. Spencer was one of Fleetwood Mac's early guitarists, joining the band in 1967. His specialty was the slide guitar and he was strongly influenced by blues musician Elmore James. Spencer remained with the band until February 1971 when he joined the Children of God, upon which he renounced his possessions and shaved his head.

He remains with The Family International (as the group is now called) to this day, participating in missionary activities, performing in studio recordings for the group (primarily in Brazil), and illustrating Family publications for children.

Spencer performed in concert tours in India with other Family International performers in 1995, 1998 and 2000. Shortly before the start of his tour in 1998, Fleetwood Mac performers including Jeremy Spencer were inducted into the Rock and Roll Hall of Fame.

Some of Spencer's children (with his former wife, Fiona) have formed a rock band in England called JYNXT. The band members are Nat, Koa, Tally and Rick Spencer.

8. MS. Her father is Jeremy S. [Jeremy Spencer] of Music with Meaning. Her mother is Dawn, a European Shepherd. [...] She said in her affidavit:

...
THE LEADERS' INVOLVEMENT IN SEXUAL ABUSE