Difference between revisions of "MovingOn" 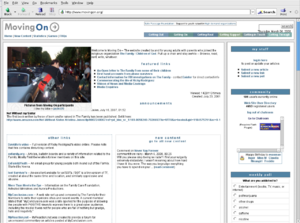 MovingOn.org was a community website founded by Julia McNeil, a former Second generation member, in 2001.

MovingOn was the most frequented online meeting place for former second generation members. The website closed on February 1, 2009.