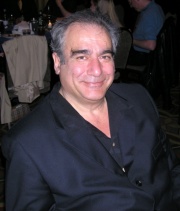 Samuel V. Ajemian, known as Zack the Greek in The Family International, is a former member and an outspoken critic. Ajemian has been named by The Family as a primary enemy of the organization.

Ajemian was active in the anti-cult community, and formed an organization called CounterCOG, which includes a website dedicated to exposing wrongdoing by The Family.