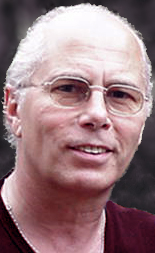 Samuel Charles Perfilio (American; legally changed name to Kevin Anthony Brown and is also known as John PI or Matthew) was a senior leader of The Family International directly under Karen Zerby and Steven Kelly (and less officially Grant Montgomery). He is partnered to Barbara Ann Emerson (also known as Misty, Joni, or Libertad). In 2008 it was reported that he left The Family and lives in Oregon.[1][2]

There have been numerous accounts of alleged child abuse and rape by Samuel Perfilio from Family women and young girls. In one case, Perfilio impregnated Kristy [last name withheld], a 14-year-old girl he lived with in the Philippines, who gave birth to his child in 1987 at the age of 15. The girl's stepmother was Perfilio's partner at the time. He later moved with them to The Family's Heavenly City School (HCS) in Tateyama, Japan. This incident was common knowledge to Family leaders and the general membership in the area.

He was formerly married to Mary MOM. She is now married to Paul Peloquin.