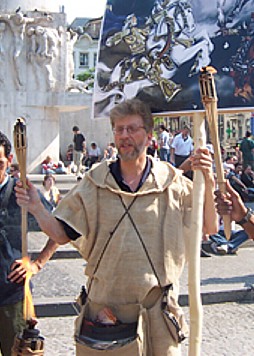 Stefan Seibel (German) is a former member of The Family International. He is also known by the pseudonyms Steven Schaf and David Branch, and is married to Annette Seibel (aka Rose Schaf).

In a publicised defection, he and others left The Family in September 2005 after sending a series of letters and prophecies to Karen Zerby and Steven Kelly denouncing them as "false prophets". These letters, along with other "prophecies" and writings, were posted on his personal blog (since taken down) and archived here.

In 2004, Stefan Seibel recorded an album titled Trail of My Blood. In was later released on The Family's members-only Website.