Uncircumcision! – To Be, or Not to Be?

From XFamily - Children of God
Revision as of 08:25, 6 December 2007 by Panglossolalia (talk | contribs) (+Category:Purged documents)
(diff) ← Older revision | Latest revision (diff) | Newer revision → (diff)
Jump to:navigation, search
A checked version of this page, approved on 18 August 2008, was based on this revision.
CAUTION: This article contains explicit text and/or images that some may find disturbing or offensive.
DISCLAIMER: Publications by The Family are archived here for educational purposes. The content is occasionally sexually explicit, offensive or promotive of criminal acts and we collect them to document their existence and wording but do not condone the points of view or activities. Original spelling, grammar, and style have been preserved where possible. 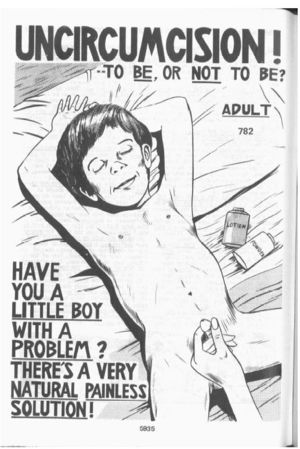