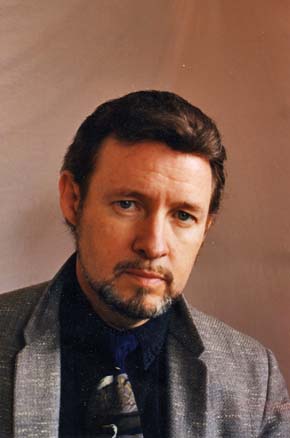 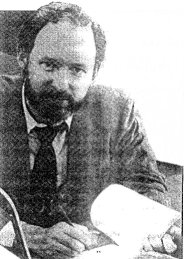 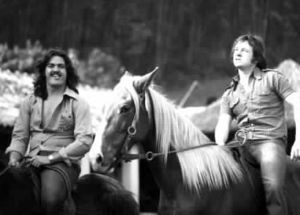 "Singing Sam" and Rick Dupuy (right) in Guararema, Brazil (circa 1975)

Dupuy underwent severe emotional and psychological abuse within The Family, some of which he recounts in "Watchman's Story". Since leaving the group in early 1992, he has been vilified by Family leadership. When Dupuy threatened The Family with media exposure, they retaliated by publishing prayers where his own children (still within the group with his wife Katrina) prayed for God to kill him. Dupuy, with the help of other ex-members, soon went on an all-out media campaign to expose and stop The Family, including interviewing with and assisting the Shukan Bunshun during their investigative series on The Family in Japan. He also played a role in bringing about government raids of Family homes in several countries, resulting in hundreds of children being temporarily removed from Family communes.

Since Dupuy's death, The Family claims he has apologized to them from beyond the grave. Following are excerpts from an eight-page internal Family publication titled "Prophecy about Watchman's Death!", preceded by an introduction by Karen Zerby.

Maria: When we asked the Lord if he had anything to say about Watchman's death, we received the following message. We also asked if Watchman might have anything to say, which he did. ...

I was wrong, so dead wrong I can hardly bear to face you, my Family I am not worthy... Dad pleaded for me to be able to give you this message and he even arranged for Abner to help me.... After all I did and all I was responsible for in hurting the Family, dear Dad was there to meet me and help me over to this side. Now I understand how Judas must have felt.

Then Dad called for a feast and put a ring on my finger. Some of you might be thinking, "Hey, look at that! Here's a scumbag like Watchman who has been really low, really dirty, and caused us so much trouble, and here he goes and even takes his own life, and then he gets this big reception in Heaven! Come on now, you've gotta be kidding!" Well, let me tell you, all I could do was hang my head in shame. I had to face Jesus and I had to face Dad, and that was the scariest, most humbling moment of my entire life. I couldn't eat when the food was brought out... I have some special retraining to go through a rehabilitation program... I beg you, my Family, please, can you find it in your hearts to forgive me? I know I don't deserve it.

The other reason that I'm here to talk to you is to address you, Romeo, Romeo, I love you! (Weeping.) Sorry....Romeo, please, I beg you, listen to me now, Son, because I was wrong. ...I was selfish - so very selfish... All I can say I was wrong. Romeo, please, listen to me now. This is my special dispensation to come and talk with you. .. As for me, Romeo I will be in rehab for now....Yes, this is me, your dad talking. Ask yourself, and I think you will know the difference between me and your mom. Please, Romeo, please! I beg you, son, learn from my mistakes. This is my plea, this is why I'm here to talk to you. Besides asking the Family to forgive me, I beg you, Romeo, don't follow my footsteps... ..Dear Romeo,.. .please, please, learn from my mistakes.. ..Romeo, maybe you can spend some time with your mom. Let her pray for you.

Dear Kat, oh dear Kat! You did all you could....Oh, Kat, I'm so sorry - so sorry so sorry! I'm so ashamed....You did what was right. You stood firm and faithful and loyal. You were so strong and I was so selfish. I wanted you so much all to myself...Please, can you forgive me? I know I don't deserve it but can you forgive me?.....I' m so sorry!

The following is from a tape recording Dupuy made before he died, where he says he feels The Family is responsible for his death.

I'm dying because of wounds inflicted by the Family and some of the very horrible things that were done to me in Japan. It is a direct result of what was done to me. I was chewed up and spit out. My soul was desecrated, execrated, violated, devastated, mutilated, dismembered, shredded and otherwise abused to such a degree that it has done irreparable damage to my heart, mind, emotions, my psyche, and it has rendered me incapable of healing, even though I've tried every resource available.-And I've sought -oh, I have sought God, and I have felt the love of God many times on this journey. But God is a lot bigger than anyone's concept and anybody's organization.

What happened to me in Japan is the most compelling piece of reason that I have for doing what I am doing, [ending his life] which is to say that anyone hearing the story in its entirety would have little doubt as to the damage that was done. Severe and protracted trauma of the nature that I have endured can cause in many cases irreparable damage....My history of cult related abuse--that is, the final 4 to 6 years of it--has never failed to push those hearing it to the uttermost limits or what they thought possible and endurable in the human drama and beyond. I have reached out unceasingly for every conceivable resource in my efforts to recover. My nervous, bio-neurological system has been horribly maimed and shattered. I have been mangled and mauled down to the very core of my being, denuded and stripped to the most basic and vital elements necessary for human survival at an emotional, mental and psychological level.

But unfortunately, this is a story of human limitations, limitations of what is possible for a human organism to endure I am exhausted and have come to the end of my rope. I have fought, there's a part of me that has desperately wanted to live or I wouldn't even be here today. And if some casual observer wants to say that I am a coward, because suicides--people that commit suicide--are automatically all cowards and selfish jerks and on and on; well, let them say what they want to say. But I know--and those that have been with me the closest know--that I'm not a coward, I'm not a wimp, and that I have fought a valiant battle. I have done all I could do.

The only thing that has kept me going so long is thinking about my loved ones and the pain that my suicide would cause. ..But, as I have explained, it comes to a point when even that is not enough. This is not a rejection of my loved ones, far from it. It is simply that I am human and I have come to grips with my limitations...I have forgiven myself and I pray that my loved ones and other acquaintances will find it in themselves to extend me that same forgiveness.