Grant Montgomery is Canadian (from Tisdale, Saskatchewan), and is The Family's former "Prime Minister" and third-ranking leader. He is currently the President of Family Care Foundation (FCF). Mr. Montgomery is said to have married Sharon (SGA daughter of Arthur and Becky Lindfield) in 1997. 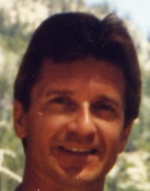