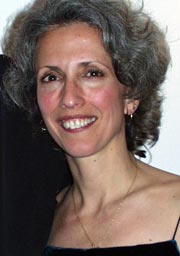 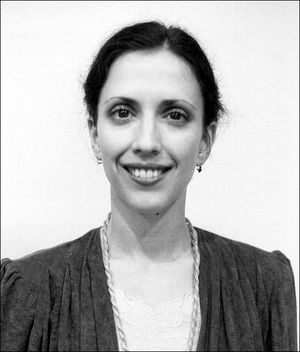 Born in Washington, D.C. and raised in Virginia, Smith graduated at Edison H.S., Fairfax Co. She worked in the David Berg household as a secretary and played a limited role in the sexual abuse Ricky Rodriguez endured. She also served for many years as executive secretary to Rodriguez's mother, Karen Zerby, and in 1997 she served as a director for Family Care Foundation (FCF).

Angela is survived by her mother Jo Kauten; brother John, Jr. and sister-in-law, Tina; nieces Chrissy and Jennifer of the Winchester and Arlington, VA, area; her aunt and cousins in the San Jose, CA, area; and her partner, David, of Palo Alto, CA. Her father, John Sr., passed away in 2004.

Life in The Family / Children of God

Angela Smith (Susan Kauten) was one of the first staff members of David Berg and Karen Zerby, leaders of the cult now known as The Family International. Smith was with Berg and Zerby in Tenerife, Spain in 1976 when Berg was pushing Flirty Fishing (FFing) outreach and Zerby could no longer handle the growing secretarial work and typing of Berg's letters alone. Apart from being one of Berg's lovers, Smith was one of the first three FFers—together with Zerby and Sara Kelley.

The following quotes from Berg's Letters show that from 1976 till the mid 1980s Smith was his lover, leading FFer trusted for "dangerous missions," childcare worker, as well as Zerby's personal assistant and secretary. She traveled with Berg and Zerby from Tenerife to Portugal, Switzerland, Malta, France, South Africa, etc. Independent witnesses confirm that she still lived with Berg and Zerby as a secretary/lover in the mid 80s in the Philippines and the 90s in Japan. In the 2000s, Angela Smith was a member of the board of Elderhaven, a retirement home owned by Zerby's parents. In 2005, she was murdered by Ricky Rodriguez (Davidito), whom she had helped raise. Rodriguez subsequently took his own life.

Zerby (known as Maria in The Family) is the current leader of the group. Sue is the name used for Angela Smith in the Family publications below.

Berg said about Angela Smith: "She made herself so useful and so indispensable, Maria just figures she can't go on without her!" For a long time, Berg and Zerby's daily schedule included a briefing first thing in the morning where Smith would tell them the latest news of The Family around the world.

17. One of the main reason we sent for Sue was we heard she was a good secretary & a typist & had a lot of other talents! At that time she had a husband who was supposed to be a good gardener, a good fix-it man, a good maintenance man & all-around helper...

18. So dear Monty could do a lot of things ... But his worst fault was he was almost insanely jealous of Sue— jealous of me, jealous of her fish—& he just made her life almost Hell on Earth by nagging her all the time about her other loves & being disrespectful & almost insolent toward me & disobedient.

29. God bless dear Sue, she had the talents & she’s still using them, thank God! She’s got a lot of talent—some ways you don’t know about!—Or maybe you do! God bless her! She’s a good FFer too. I’ll tell you, this is the FF team I started off with, Maria, Sara & Sue! They’re top notchers, they really know what they’re doing! I started off with that little team in Tenerife—I think they can probably remember the first night we went out! Hallelujah! So if you want to know anything about FFing, you can ask them.

31. Being single & childless is an advantage in working with this particular Family, because we’ve got enough to do without too many children or too many husbands who turn out to be a drag, like Sue’s husband turned out to be. She’s a lot happier how without him, & she can make a lot of other people a lot happier too.

77. When Sue came, we didn’t even realise how many talents she had & what a blessing she would be, but here she is with a lot of responsibility, & her biggest job turned out to be Maria!—Well, I guess me too. I think she fell in love with Maria before she fell in love with me! (Maria: She made herself indispensable!) That’s a good point! She made herself so useful & so indispensable, Maria just figures she can’t go on without her! Because she’s always there, always willing, works night & day, knows no hours, brings Maria something to eat any time of day or night, is willing to go down & cook it herself, fix it if it isn’t fixed, or fuck me, or go to town & shop or whatever is needed! She’s willing to do anything, any hour of the day or night.

32. He was fascinated by the power! He’s even asked Sue, “What is this power? What makes you so powerful, so strong?” Because you have succumbed to his power!

50. So the Lord has used you girls—& in this particular case He’s used Sue—in what I consider a very brave mission, a very dangerous mission, to be in that close a relationship with a man who’s on the borderline, so to speak.

23. Less than a week later two of their secret police were ringing our bell at 9:30 in the morning.

27. Dear Sue was out shopping & she even snuck in the front door while they were back in the kitchen without them knowing it. She knew right away something was up when she smelt cigarette smoke & heard these strange men’s voices, so she split upstairs real quick.

37. The younger guy then looked under Sue’s bed & pulled out the heavy suitcase of RD’s* & brought it completely out & tried to open it, commenting on how heavy it was & asking what was in it. (*Rough Drafts of Berg’s Letters.)

61. I usually then have my daily morning function, BM, do my daily duty, after which then I have my egg coffee & get into my diary, log, & make sure I have her to help me remember what happened yesterday.

63. Then we have our morning conference with Sue & get all the latest news of the whole Family & find out how everybody is, if they’re healthy & happy & busy, & she delivers Dora’s little note about Techi ...

37. See, Daddy’s got lots of good wives to take care of him! He’s got Mommy, your Mommy,& he’s got Sue to take care of him when Mommy’s not here, & she takes very good care of Daddy & you & me. OK? (Techi: But not Mommy.) Oh, she takes better care of Mommy than almost anybody! (Techi: She was gone here.) Oh yes, Mommy’s not here right now. But when Mommy gets back Sue takes good care of her & feeds her good & fixes her meals for her & tells her what to eat.

9. But dear Sue, she’s so super conscientious & over conscientious & careful & always afraid she’s makin’ a mistake or something & always trying to be so attentive & so careful & tryin’ to do her job overly well, always wondering or worrying if she’s not doing it right our something. She’s got such an inferiority complex about that & she’s so faithful & so diligent & so careful with every detail & takes such good care of us & the work & everything. (Maria: It’s good she is!) Of course it is. But I mean sometimes she almost overdoes it.

Known addresses (prior to her murder) include: