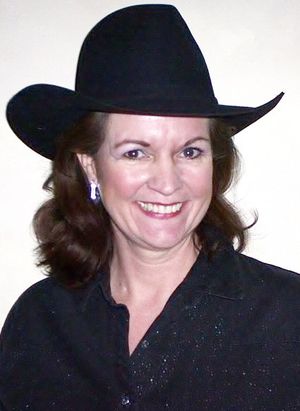 Davenport graduated from the University of Houston Law Center in 1984.[2] She has been licensed to practice in Texas since October 26, 1984.[3] After graduation, Davenport served as a briefing attorney for the Texas Court of Appeals, First District [4] She later worked for a number of law firms and in 1989 founded her own civil litigation practice.[5] She has been admitted to the following federal courts: US Supreme Court, Fifth Circuit Court of Appeals, Texas Eastern District Court and Texas Southern District/Bankruptcy Court.[6]

In June 2003, Davenport filed for Chapter 11 bankruptcy and in April 2004, her case was converted to a Chapter 7 bankruptcy.[7] In August 2004, a former associate at her law firm, Ron S. Rainey, filed an adversary proceeding complaint challenging the dischargeability of her debt to him.[8] Rainey alleged that her debt to him, based on her agreement to provide him with a percentage of the contingent fees for certain cases he worked on during his tenure at her firm, was not dischargeable because Davenport committed one of the following: fraud or defalcation while acting in a fiduciary capacity, embezzlement, larceny, or willful and malicious injury to Rainey.[9] In February 2006, United States Bankruptcy Judge Jeff Bohm ruled that Davenport's debt to Rainey was not dischargeable because Davenport had committed embezzlement by spending Rainey's share of certain contingent fees rather than giving it to Rainey or depositing it into a trust or escrow account.[10] In a scathing 117-page opinion, [11] Judge Bohm strongly questioned and attacked Davenport's credibility and honesty:

Because she is a well-educated person who is capable of understanding complex issues, its is logical to infer that she understands the difference between truth and lies. (29)[12]

These initial reactions, plus post-trial reflections, have led the Court to conclude that the Debtor is not credible. (30)[13]

This Court can only conclude that the Debtor speaks out of both sides of her mouth. Her credibility with this Court is nil. (36)[14]

Under these circumstances, the Court finds that the Debtor's testimony about Rainey's incompetence is not credible. (38)[15]

Finally, the debtor's credibility is compromised by a pleading she filed in one of the suits comprising the Davenport/Brio litigation. (43)[16]

If the debtor was willing to file pleadings in Judge Kent's court which were "disingenuous at best and deceitful at worst," this Court cannot help but question her credibility in this adversary proceeding. Indeed, the example cited by Judge Kent - that the Debtor astoundingly represented in her motion to withdraw that her withdrawal would not delay the suit - underscores the very problem the debtor has exhibited in the adversary proceeding before this Court: she does not want to face reality...In sum, the Debtor's testimony was not credible, and this Court gives very little, if any weight to her testimony. (44)[17]

Sir Walter Scott, the Scottish author and novelist, once wrote, "Oh what a tangled web we weave, when first we practise to deceive!"54[18] His observation aptly describes the Debtor in this adversary proceeding. (86)[19]

But the Debtor's pattern of deception did not stop with her conduct toward Rainey. She continued her attempts to deceive through her litigation strategy in this Court. (87)[20]

The Debtor speaks out of both sides of her mouth. Accordingly, this court only sees one side of the Debtor: one of deceit. At trial, the Debtor testified that "You know, I'm probably one of the most ethical lawyers you'll ever meet." [Transcript D1, p. 241, lines 3-5]. Based upon the Debtor's testimony and the exhibits introduced at the trial, this court disagrees and finds that the Debtor's unethical conduct has made Rainey's claim against her to be nondischargeable. (89)[21]

Starting in 1995, Davenport represented a number of Family members who filed an unsuccessful lawsuit against the City of Austin and other parties. Besides representing Family members and serving on the board of directors of a Family-run charity, Ms. Davenport has publicly defended the organization when questioned by members of the press. In a November 2005 Houston Press story, Davenport was quoted as writing that adult-child sex has been an excommunicable offense in The Family "for at least a decade" (since 1995, when the Love Charter was introduced):

In an e-mail to the Press, Davenport wrote, "Every society has their share of crimes and it is not cause for an indictment of all of that [society's] members. I know that today and for at least a decade, the family has made sex between an adult and minor an excommunicable offense."

An August 2005 story in the Humble Observer reported that she was the registered agent of the Texas non-profit corporation World Mission of Faith, Inc.. However, records maintained by the Texas Secretary of State indicate that, in fact, her brother, Jeff Wells, was the only one ever listed as its registered agent and that the organization was cited in 2004 and 2005 for its alleged failure to maintain a registered agent or office.