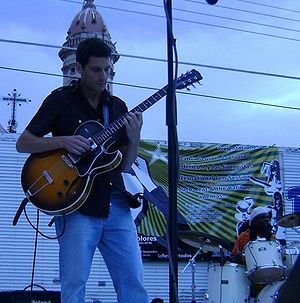 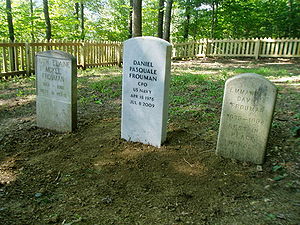 Daniel Pasquale Frouman was born in the Children of God on April 18, 1976 in Johannesburg, South Africa. He committed suicide on July 8, 2009 at his residence in Dallas, Texas. At the time of his death, Daniel was a third-year medical student at UT Southwestern and an active duty member of the United States military in which he served as a Chief Petty Officer in the Navy.

Childhood trauma experienced in The Family

Daniel experienced frequent sexual abuse by other members (including both older children and adults) of The Family from April 1982 until 1985 in the United States and Argentina and frequent severe physical abuse from 1980 until 1993.

Circumstances of departure from The Family

Daniel's father left The Family in November 1978. His parents were divorced in September 1981 after his mother decided to remain in the organization. His mother was diagnosed with breast cancer in December 1986 and expelled from The Family in July 1987 without being permitted to take her five minor children to the United States. Before she died on March 15, 1991, Daniel was only permitted to see his mother once during a brief visit in November 1990. In December 1990, his parents petitioned a court in Argentina for the immediate return of four of their minor children. Daniel left The Family on April 13, 1993 when he and his elder brother, Emmanuel David Frouman, were placed in the temporary custody of the Tribunal de Menores de Mercedes pursuant to a May 21, 1991[1] order by Argentine judge Julio Manuel Cámpora. In May 1993[2], he was returned to the United States to be reunited with his father (whom he had not seen since 1981) and another sibling (whom he had not seen since November 18, 1988).

On June 28, 1993, Judge Cámpora ruled that Daniel's basic human rights had been violated:

That in the long investigation, which has not yet concluded, by this court, to locate the FROUMAN brothers (two of the children, Emanuel David and Daniel Pasquale, have been returned to their father), it has become aware of the existence of conduct which undoubtedly cannot be tolerated in that it clearly infringes the articles of National Law 23.849[3] (Convention On The Rights of The Child[4]), Law 23054[5](American Convention On Human Rights called Pact of San Jose of Costa Rica[6]) and Law 10.067, among other legal bodies, and which undoubtedly deserves the pertinent procedural activity of the organs of competent jurisdiction to establish not only the existence and responsibility of typical conduct but also the consequent sanction, not only against Stuart Harris Baylin but also, as will be seen, against the identified organization as they have violated the fundamental rights of people.

This is what has happened to the FROUMANS in that their identities have not been preserved, and that they were prevented from being near their parents and relatives and that they were not able to visit their mother before she died. Article 9[7] of law 23.849 was also infringed every time they were separated from their parents as has been perfectly accredited "ut supra" in the judgment of this court. Not to mention the infractions of the norms contained in articles 9[7], paragraph 3[8] and articles 11[9], 12[10], 13[11], 14[12] and 16[13] of law 23.849 among others. In this respect, these violations against the FROUMAN minors are profusely documented in the court's records ("sub-examine").