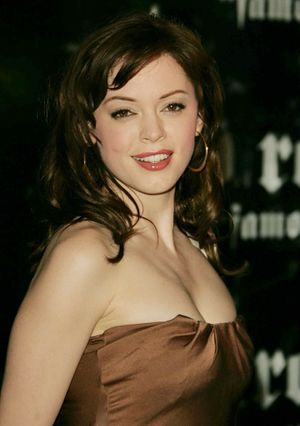 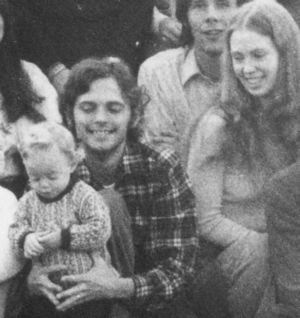 Rose Arianna[1] McGowan (born September 5, 1973[2] in Florence, Italy) is an American actress. She was raised in Italian communes of the Children of God/The Family cult, of which her father Daniel McGowan (an Irish artist born in California) and mother Terri (an American writer) were members. Within the cult, her parents were known as Barkos and Saffron Doodler, and her father was a leader of their Italian chapter.

Like actors Joaquin and River Phoenix who were also raised in the cult, McGowan grew up, in her words, "singing for money on the streets". Her early education consisted of limited home schooling, primarily from her mother, though like many children in the group she received an emphasis on reading from a very young age. McGowan has claimed that even early on she was adamantly "un-hippy" and never bought into the cult's lifestyle.

At age 9 or 10 (interview accounts vary), her father left with another of the group's members, and her mother brought her and her five siblings (Rose being the second oldest) to the United States, settling in Eugene, Oregon, at which point Rose wasn't yet able to speak English. Her parents divorced and Rose went to live with her grandmother in Gig Harbor, Washington, bouncing between her mother and father.

At age 15, Rose left to live on her own, supporting herself with several odd jobs, often having to lie about her age. Living on her own meant being forced to live on the streets for a short time, but despite this she later attended art and beauty school before heading to Los Angeles where she had a chance encounter with independent film director Gregg Araki, who cast her as the female lead in his 1995 Sundance Film Festival entry The Doom Generation, though her only prior acting experience was a minor role in 1992's Encino Man. Her performance in Araki's dark road movie earned her a nomination for Best Newcomer at the 1996 Independent Spirit Awards. Also in 1996, she appeared in Wes Craven's hit thriller, Scream, a role that brought her into significant public attention.

Adding to her reputation for often playing brassy or violent characters, McGowan later began a very public romance with shock-rocker Brian Warner (Marilyn Manson). However, two years after their engagement in February 1999, McGowan ended their relationship over "lifestyle differences".

In 2001, she was cast as Paige Matthews in the television series Charmed. Most recently, she starred in the Quentin Tarantino / Robert Rodriguez double-feature Grindhouse.

Rose McGowan on the Children of God