David Brandt Berg (February 18, 1919 – October 1994) was the founder and leader of the Children of God, now called The Family International. The group believes he continues to lead them today from beyond the grave (see: prophecy). Pseudonyms Berg is commonly known by (in or outside the group) include Moses David, Mo, King David,[1] Father David, Chairman Mo, David Fontaine, Dad, and Grandpa. 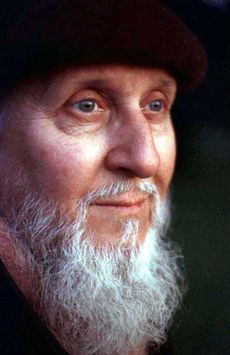 David Berg was born in Oakland, California, USA to Hjalmer Emmanuel Berg and Rev. Virginia Lee Brandt, a Christian evangelist. David was the youngest of three children, with a brother, Hjalmer, born in 1911, and a sister, Virginia, born in September, 1915. Virginia Brandt was the daughter of Dr. Rev. John Lincoln Brandt (1860 – 1946), a preacher, author, and lecturer from Muskogee, Oklahoma. Berg graduated from Monterey High School in California in 1935 and later attended Elliott School of Business Administration.

Between 1948 and 1954, Berg, like his father, became a minister in the Christian and Missionary Alliance and was placed at Valley Farms, Arizona. He was eventually expelled from the organization for differences in teachings and alleged sexual misconduct with a 17-year-old female church employee.

Later, Fred Jordan, Berg's friend and boss, allowed Berg and his personal family to open a branch of his Soul Clinic in Miami, Florida as a missionary training school. After running into trouble with local authorities for his aggressive proselytization methods, Berg moved his family to Fred Jordan's Texas Soul Clinic.

Typical illustration of David Berg. From Love is News-1

Berg with lion drawing over his face 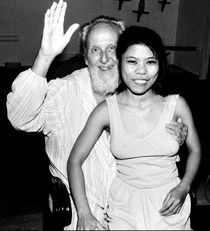 Berg with "Lily Filipina" in the Philippines, mid-1980s

David Berg founded the new religious movement/cult/missionary organization known as the Children of God in 1968. The group was later known as The Family of Love, The Family, and now The Family International. This group is the primary focus of this website.

As founder and prophetic leader, Berg communicated with his followers via Mo Letters—letters of instruction and counsel on a myriad of subjects. Berg believed he was the End Time (or "Later Days") "King David" prophecised about in the Bible.[1]

Apart from writings, however, Berg mostly lived in total seclusion and secrecy from his followers. Along with Karen Zerby (whom he took as a common-law second wife in August 1969), Berg is thought to have used a fake Australian passport when traveling. In Family publications, printed photographs of World Services members were typically censored by means of a rudimentary drawing pasted over the persons face, and in Berg's case it was common for his head to be replaced with that of a lion.

Countries where Berg and his entourage have lived over the years include the following:

Berg died of undisclosed causes in 1994 and was buried in Costa de Caparica, Portugal (his remains have since been cremated). His organization is currently led by Karen Zerby (known in the group as Mama Maria or Queen Maria) and Steven Douglas Kelly (an American commonly known as Peter Amsterdam or King Peter).

At least seven women, including both his daughters, his daughter-in-law and two of his granddaughters, have publicly alleged that Berg sexually abused them when they were children.

Ricky Rodriguez wrote an article on the website MovingOn.org in which he describes Berg's deviant sexual activity involving a number of women and children. 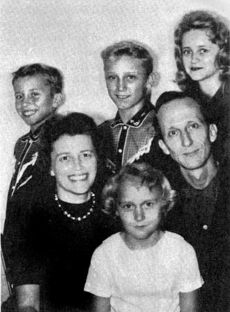 David Berg married his first wife, Jane Miller (known as "Mother Eve" in the Children of God), on 22 July 1944 in Glendale, California. They had four children together: