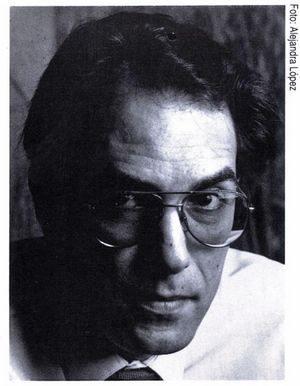 José María Baamonde was born in Buenos Aires, Argentina in 1959.[1] He died of cancer on August 23, 2006 in Spain.[2] He received a Ph.D. in psychology from the John F. Kennedy University of Buenos Aires.[3] In 1989, he founded Fundación S.P.E.S (Servicio Para el Esclarecimiento en Sectas), a cult awareness and research institution and was its president until 2001 when he assumed the position of Director of Documentation and Investigations.[4] He taught courses in Catholic Culture at Pontificia Universidad Católica Argentina and psychology at the Universidad San Pablo-CEU in Madrid, Spain. He also worked as an adviser to the Secretariado para la Familia de la Conferencia Episcopal Argentina.

In 1992, he helped a former second generation member of the cult named Abigail Berry return to the United States to live with her relatives. In October 1993, he published a book, The Family: The True Story of the Children of God, which was dedicated to her and included a chapter in which she recounted some of her experiences growing up in the organization and the abuse and medical neglect she suffered in a Family Home run by Susan Claire Borowik and Manuel José Sabatasso. Other chapters in the book, which was exhaustively documented and based primarily on the organization's own publications, explored the The Family's beliefs and practices, its history in Argentina and legal action involving its members in Argentina and around the world. In March 1994, The Family sued Baamonde and his publisher, alleging that the book was libelous and seeking $2 million USD in damages. While the suit was dismissed in October 2001 when a judge ruled that the organization had not proved any of its claims and no longer wished to proceed with the case, the potential legal risk and liability resulted in the publisher deciding to temporarily halt distribution of the book. 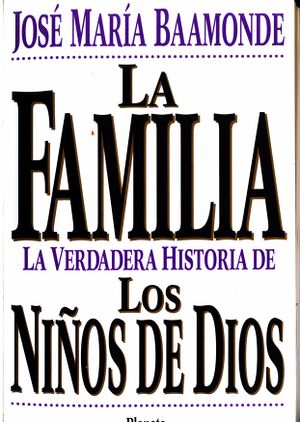 Cover of 1993 book The Family: The True Story of the Children of God

References to Baamonde in Family Publications

Baamonde is mentioned in at least 20 Family publications. Below are excerpts from some of those publications.

77. Against continued media smears and persecution in Argentina. Specifically against S.P.E.S., an anti-cult organisation directed by one of our main enemies, Baamonde, and against Silletta, another of our enemies in Argentina, who is trying to help initiate certain laws in Congress against NRMs, specifically citing us. Also against new legal action in one city, initiated by a man who filed charges with a D.A. after receiving a couple of our Posters. That the Lord will "cause the wrath of Man to praise Him" (Psa.76:10), as we go on the attack to visit the authorities involved and explain ourselves and our Work.

In the days that followed the raids, lack of evidence did not stop reporters from quoting wild rumours, ranging from "Satanic rituals" and "salvation-for-sex" (source: CAN) to child sex and selling "secret" videos to rich businessmen (source: Edouardo Lausse, an Argentine backslider, whose Bible name was "Benjamin Amor", who was interviewed on Spanish CNN.) Jose Maria Baamonde, head of SPES Foundation (the equivalent of CAN in Argentina) was also quoted, and even ex-Member Ruth Ellen McKee/Frouman, who died two years ago, was quoted as though she were alive, making kidnapping charges and demanding the Family return her children.

LEGAL ACTION HALTS DISTRIBUTION OF BAAMONDE'S NEW BOOK. Our lawyers in Argentina filed a law suit against Baamonde, charging that claims made about the Family in his latest book are libelous. The book has now been withdrawn from circulation, despite a great deal of publicity & promotion on the publisher's part, & our lawyers are pressing for damages.

PRAYER REQUESTS: COURT CASES:
ARGENTINA:
7. Libel suit against Baamonde: that the charges made by our lawyers will stick, & that the court will award damages to the Family.

A police officer mentioned to a few of us that all the policemen, psychologists, and others involved in the operation had been required to attend seminars held by anti-"cult" activists Jose Maria Baamonde and Alfredo Silleta, where they propagandized them with wild and untrue tales about The Family. Because of this, the police and others were so paranoid that we might hypnotize them that they wouldn't look us in the eyes!